The Center on Aging has a 40 year history at the University of Utah. Beginning with its origination in 1972, the Center on Aging has provided educational and research programs in gerontology at the University of Utah. It has sponsored undergraduate and graduate gerontology certificate programs as well as a Masters degree program in Gerontology. In addition to its strengths in gerontology education programs, it is recognized for a well-established research program focused on bereavement, coping with loss of a spouse and caregiving. In June 2004 its name was changed from the Gerontology Center to reflect a desire to become more comprehensive and expand the scope of its service and research activities. A strategic planning process was completed in 2005 resulting in a change in its organizational structure to position the center to have a broad institutional impact and allow it to become more comprehensive and interdisciplinary. As a free standing center it is now optimally situated to serve its interdisciplinary mission and objectives. Dr. Supiano was appointed as its Executive Director upon his move to Utah in October 2005.

The Center on Aging has a 40 year history at the University of Utah. The Rocky Mountain Gerontology Program/Center began on campus in 1972 as part of a five school consortium in Utah. Funding was provided by the Administration on Aging to help universities recruit and prepare both students and faculty to establish academic programs on aging. The grant proposal was submitted by Melvin White who served as the Director of the Consortium and Max Carruth, who served as Consortium Board Chair and Coordinator of the U of U Program. The Center was housed in the College of Social and Behavioral Science. Others who served on the Consortium board were Jerry Borup Weber State College- Coordinator), William DeHart (Utah State University- Coordinator), Phileon Robinson (BYU- Coordinator), and lver Moore (Utah State Division of Aging). Roy Van Orman served as the Community Programs Coordinator. The first graduates received their certificates (undergraduate and graduate) in 1975. While the consortium was dissolved in 1979, gerontology at the U of U survived a few uncertain years with Richard Connelly as the Acting Director and officially relocated in 1982 to the College of Nursing.

The 1980's were very good for the Center. Two large multi-year grants allowed the Center to grow in national stature and provided funding to maintain and build the faculty resources needed to survive. From 1982 to 1987 the Center served as the Intermountain West Long Term Care Gerontology Center (IWLTCGC) through funding from the Administration on Aging. Cecil Samuelson Jr. served as the Center Director from 1982-1985 and was followed by Margaret Dimond from 1985-1988. Josephine Kasteler was the Deputy Director from 1982-1986 and Kirsten Ball was the Coordinator of the Certificate Program from 1986-1991. The Center faculty developed and tested models of service delivery, conducted research, collaborated with other university and community professionals and offered educational programs throughout the intermountain region.

From 1985 to 1992 the Center also functioned as the regional Geriatric Education Center with funding from the Bureau of Health Professions. Along with these collaborative outreach programs the faculty obtained research funding from the Administration on Aging, the National Center for Nursing Research and the National Institute on Aging. These studies on family caregiving, intergenerational relationships and spousal bereavement resulted in numerous articles, chapters, books and professional presentations that brought national and international recognition to the faculty, Center and College. The 1987 Encyclopedia of Aging identified the Center as one of 11 early programs that grew in national stature during this time.

Although the numerous sources of national funding contributed to the survival and national stature of the Center, the projects did not allow much time or effort to be devoted to the Center's own academic programs. Through most of the 1980's the undergraduate and graduate certificate programs consisted primarily of a series of three courses and a practicum experience all taught or supervised by Kirsten Ball. After the GEC and IWLTCGC projects ended, the Center was able to secure two tenure track faculty positions and a regular state-supported budget. President Chase Petersen's decision to provide this hard funding support in 1987 was a valued and critical event in our Center's history. Also, in 1986 the Program officially received "Center" status, making it a more vital and recognized part of the University. With stable funding, a new director, Dr. Dale Lund (1988), and two additional faculty, Drs. Michael Caserta (1989) and Scott Wright (1994), the Center began to refocus attention on its own academic programs. In 1993 the Center became only the second university in an 8-state region to offer a Master of Science Degree in gerontology. See this link to the Gerontology Interdisciplinary Program's Web site.

In June 2004 its name was changed from the Gerontology Center to the Center on Aging to reflect the desire to become more comprehensive and expand the scope of its service and research activities. A strategic planning process was completed in 2005 resulting in a change in its organizational structure to position the center to have a broad institutional impact and allow it to become more comprehensive and interdisciplinary. As a free standing center it is now optimally situated to serve its interdisciplinary mission and objectives. Dr. Supiano was appointed as its Executive Director upon his move to Utah in October 2005. The Executive Director reports to the Senior Vice Presidents of Health Sciences and Academic Affairs through the CoA's Board of Directors. (link to org chart PDF)

The Center's Mission is to unite aging-related research, education, and clinical programs at the University of Utah with the goal of synergizing the growth and progress of interdisciplinary aging research to help people lead longer and more fulfilling lives, and support the development of multidisciplinary aging clinical and training programs. There are now over 110 faculty members of the Center - there were five in October 2005 - representing 10 of the University's Schools and Colleges. For more information, see the Membership How to Join page.

We invite you to learn more about the Center's two primary annual activities - its annual Research Retreat and annual Pilot Grant program. We are extremely proud of the CoA's pilot grant program which began in 2006. A total of $682K has been invested in this program. From the first 16 one-year pilot grants (range $20-25K) funded between 2006 and 2009, five have already led to new externally funded grants. The total direct cost funding for these five grants - 2 R01s, 2 R21s and 1 K08 - is $2,450,000. 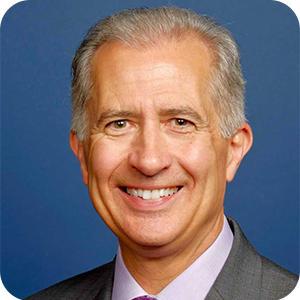 Mark A. Supiano, M.D. joined the University of Utah Center on Aging in October 2005 when he also became Chief of the Division of Geriatrics in the School of Medicine and Director of the VA Salt Lake City Geriatric Research, Education and Clinical Center. The eventual outcome of his close bond with his grandfather became Dr. Supiano's career path in the new discipline of Geriatric Medicine.

When Andrew Szupiany was born outside of Kiev, Ukraine in 1889, life expectancy for men was 45 years.  During the course of his 90 rich years of life he would emigrate to the United States to seek freedom from the czars, raise a family of four through the Great Depression, see two of his children graduate from college, witness two world wars (sending his two sons to battle in the latter), and endure living alone for the last third of his life as a widower.

Andrew's grandson Mark A. Supiano gained first-hand appreciation of the remarkable life his grandfather lived, and learned a healthy and successful approach to aging. Mark A. Supiano, MD now leads the University of Utah Geriatrics program at a point in history when life expectancy is approaching 80 years, and the population above the age of 85 is the fastest growing segment of the U.S. population.  The demographic imperative of the aging population provided the additional motivation for Dr. Supiano to establish his career in Geriatric Medicine and be included in the first cohort of physicians who received certification in this new field in 1988.

Throughout his career, Dr. Supiano has responded to the demographic imperative of our aging population in his clinical practice of Geriatric Medicine, in a patient-oriented clinical research program, and in a commitment to medical education and research training. Dr. Supiano's interest in Geriatric Medicine stems from a passion to provide care for a complex, vulnerable patient population. He has been regularly cited by the Best Doctors in America, Midwest Region in Geriatric Medicine. His research program has focused on characterizing sympathetic nervous system function in aging humans. Recent clinical studies have focused on the regulation of sympathetic nervous system function in older humans with hypertension and heart failure, two extremely prevalent cardiovascular diseases in the elderly.

Dr. Supiano has active roles within the American Geriatrics Society and is an Associate Editor for its Journal. A special passion for medical education in geriatrics and research training in aging has been evident throughout Dr. Supiano's career. From 2001 to 2005 he led a program sponsored by the D.W. Reynolds Foundation that integrated geriatrics into the University of Michigan medical school curriculum. He also led the UM medical student program in aging research and directed its training grant funded by the National Institute on Aging.

The bristlecone pine tree (Pinus longaeva) - earth's oldest single living inhabitant - reach an age far greater than any other single living organism*. The oldest bristlecone pines have been alive for a little less than 5,000 years and are found only in Utah and five other western states. Its extraordinary longevity and ability to adapt and survive in extremely harsh environmental conditions above 10,000 feet embodies the investigative spirit and mission of the Center on Aging.

We were honored in 2006 when the Superintendent of the Great Basin National Park, Cindy N. Nielsen, graciously donated two bristlecone pine cones and a small section of a branch to commemorate the one year anniversary of the Center on Aging.

*Scientists debate what is truly the oldest living thing. The creosote bush and Aspen trees may be older. However, these achieve their age by "cloning" from their root systems whereas bristlecone pines are the earth's longest living and oldest single living organism.